Writing for kids has been Debashish Majumdar's passion for over two decades. He has written books for kids of all ages.  Mango DC recently released two of his e-books-Tiger Comes Home and The Magical Sunglasses. Debashish shared info on his books  and writing. 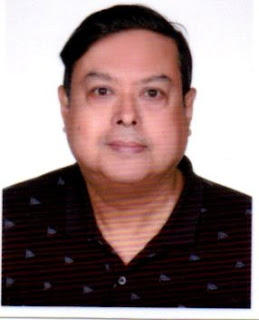 How did you get into the world of writing?
As a little boy, I was sent by my parents to live with my maternal grandparents in Shillong. My grandfather had a small library of his own. He encouraged me to read and write stories on my own.  My grandfather was not only a very literary person, but he would also routinely listen to the BBC World Service. So, I too had taken fancy to listen to short stories broadcast over the BBC. Surprisingly, I wrote my first short story at the age of fifteen for the BBC World Service and I received a lot of praise and encouragement from the Broadcasting Director of the BBC.

What was your first book about?
My first book was a picture book, Granny’s Day Out published by National Book Trust, India. It relates to the adventures of a granny for a day. It is a hilarious book and was highly applauded in writing circles and children who have read it loved the book. Of course, I was successful with my short stories for children in competitions with the Children’s Book Trust, New Delhi and several stories of mine found their way into 21 anthologies during my early years into writing.
I have received till date, fifteen national awards.

Do you test your stories and poems with the kids before they are published?
During my early years, I regularly tested my stories with kids. Sadly, a few of my stories and novels received tremendous appreciation from the target group audience. Yet, when I sent out these stories to publishers, they simply rejected what could have been potential bestsellers. Many of my stories which received a rousing reception from children are lying on my table gathering dust. So, I realized that most editors in India don’t care much for books which excite kids. Nowadays, I go by intuition on the kind of stories kids relish. Thankfully, it's working well. In India, editors don't want to take risks with niche ideas and innovative themes. Most of the stories they select for the publishing belong to familiar territories.

What do you think is the biggest challenge facing a children’s author in India today? 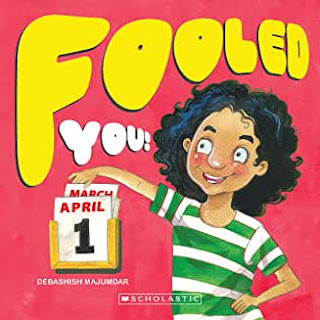 I strongly feel that today in India there are too many authors chasing too few publishers. Again, after a book is selected and published, the marketing network of most publishers are weak. With the advent of social media and online sales, however, sales have improved. Publishers like Scholastic who sell their books through the schools' route are doing well in a highly competitive market.

Are you a full-time author?
Professionally, I am a qualified marketer from the UK. Since almost my entire career I was on marketing jobs which involved a fair share of travelling, my nature of work was contradictory to my writings. I usually do a lot of research before I write a book. After long hours of working in organizations, I was engulfed in fatigue at the fag end of the day. I was too tired to write stories on a regular basis.

How much has Indian children’s literature changed since your first book appeared?
I was introduced to the world of children’s literature by the Association of Writers and Illustrators of Children’s Books (AWIC). Over the years, Indian writing for kids has moved from a more traditional base to more flexibility in writing. Though most writers won’t agree with me, stories with moral value still continue to find a wide readership base. One of the reasons can be because parents are still choosing the books for their kids and they believe strongly in value-based stories. Again, with the advent of social media greater awareness is being created and one can access the current trends in publishing.

What was your inspiration for the two Mango books?
I love writing animal stories. When I jot down animal tales, I always look at them from a kid’s perspective Tiger Comes Home is another very funny picture e.book which is a fast-paced adventure of a tiger who wants to eat up a boy. The boy acts cleverly on each occasion and finally gets rid of the greedy tiger at the end. My book, The Magical Sunglasses is hilarious. It relates to a little girl who finds a pair of trendy sunglasses lying on the corridor and wears it. She is transposed into a different world. Were the sunglasses magical? Another hilarious finish to the book.

Do you have a daily writing schedule? If yes, then what is your daily routine like?
Unfortunately, I am not a disciplined writer. I don’t have a writing schedule. I am an avid reader. I read a lot of books from the library. I used to also purchase a lot of books for kids. One of my major setbacks is that I am a very impatient writer. I write a story very quickly, revise it and shoot it off to a publisher. Many of my highly commendable works have fallen by the wayside as publishers don’t take back the manuscript after further revision. When a story is born within me, I type out the story on a computer immediately. I don’t follow a regular routine.

Glasses are a common theme in books. Were you aware of it while writing the story? Are you worried about its reception from readers as they will compare the book to the others?
Maybe glasses is a common theme in books. A writer has to generate ideas from common objects around him or her. I feel as long as the story is unique and original it does not matter. No, I was not aware of it while writing the story. Kids look at books from the angle of originality, individuality and they don’t mind common themes as long as one book is different from the other. The Magical Sunglasses is very original. As a matter of fact, I never plagiarize stories as a result of which the first 100 short stories submitted to leading national magazines for kids like Tinkle, Champak, Magic Pot, Chandamama, Junior Chandamama and Children’s World  ONLY TWO were rejected! That’s because all my ideas are original!

What’s your latest book from Pauline about? Who is the target audience? Is it early chapter book or middle grade? 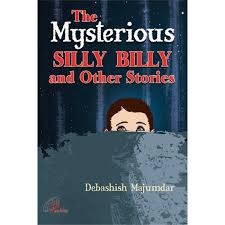 My latest book from Pauline is a collection of short stories titled Mysterious Silly Billy and Other Stories. The Pauline editors in their submission criteria only look for stories with strong moral values. So, Silly Billy contains original stories for 10-13-year-olds which do not preach moral lessons but each original story leads to the fulfilment of moral action. In fact, in 2018, my book Hilltop Ghost and Other Stories, another Pauline publication sold over 10,000 copies in India and abroad. Pauline publications also requested that mystery and ghost stories should also have moral value in each such story. So, let me assure you it’s really difficult to write value-based mystery and ghost stories as they are a different genre clubbed together.

Will the e-book format of your two books help or hamper the promotion?
A lot will depend on the publisher of an e-book format to bring to the limelight the online channels of an e-book. Unlike a printed picture book I can’t promote them among kids by attending literary festivals. Nowadays, with social media publishers are in a strong position to publicize e-books. However, I think that print editions of books have much higher visibility in bookstores. An e-book always carries equal weight as a print version as far as the content is concerned. Kahani Takbak is also doing a great job of bringing newly published e-books to the forefront of writers and readers alike.

Popular posts from this blog 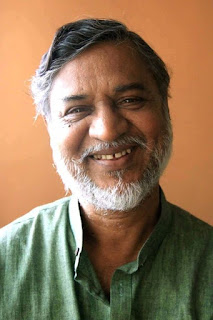 The latest recipient of the Bala Sahitya Puraskar for Marathi Literature(2017), Laxman Mahipati Kadu(L.M.Kadu) is a farmer, illustrator, and an author.  The esteemed national recognition has been bestowed upon him for his book, Kharicha Vata( Rajhans Publications). Published in 2013, the book is a middle grade novel la which deals with friendship of two boys, a squirrel and the displacement of families after the construction of a dam in a village.  The Bala Sahitya Akademi award is the fourth award for the book of over 200 pages.  The premise for the story came from Mr Kadu’s life.  It was while he was pursuing his primary schooling in Panshet that a dam came up in the vicinity.  The government provided land to the residents for resettlement. He moved to Pune where he finished his schooling and pursued his love for art by graduating through Abhinav Kalamandir, Pune.  It was in his youth that he met a few likeminded people and got involved with Anthabharati, a NGO in
Read more

Festival Stories Through The year : Guest Blog by Rachna Chhabria 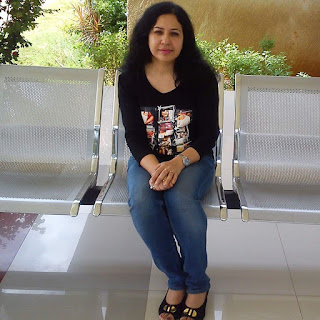 Festival Stories Through The Year  is Rachna Chhabria's first release with Harper Collins (India). Rachna shares her experiences while writing this book. Rachna Chhabria is a columnist with The Asian Age and Deccan Chronicle. She writes for many newspapers, her stories have been published in several anthologies. She is the author of Lazy Worm Goes on a Journey, The Lion Who Wanted to Sing and Bunny in Search of a Name. In the second week of July, Harper Collin’s Children’s Editor Tina Narang emailed me asking if I was willing to work on a book based on festivals. Tina was my editor at Scholastic. I was initially hesitant as this was a non-fiction project and also because of the time crunch, I had to submit the book by the end of the month. Nevertheless, I took it up as a challenge. After brainstorming, Tina and I decided to create a group of characters who would celebrate all the festivals. Luckily for me, two years back I had written an article on few festivals for an O
Read more

The Lizard of Oz and Other Stories : A delightful book of short stories 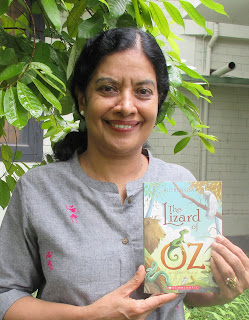 Prize winning children's author Khyrunnisa is out with a new book for kids. Titled The Lizard of Oz and Other Stories, the book is a collection of engaging and well written humorous stories. Khyrunnisa shares her  thoughts on this new release from Scholastic India. 1.The title is intriguing.  When and how did the title flash into you?           I love playing with words and while thinking up a story that has a lizard as the main character, ‘The Wizard of Oz’ came to my mind and changing ‘wizard’ to ‘lizard’ was but natural. This is a story that I started with only the title ready. I had to think up a suitable plot after that.  Most people are allergic to lizards and snakes. What is your equation with lizards and snakes to make them into  protagonists for your short stories ?           I wanted to write stories about animals and creatures that people aren’t very comfortable with or ones they regard as pests, like mosquito, ant, lizard, snake, rat or ter
Read more